Hearth of Albion – The Coda – Our Creed

“A Witch is born, and not made; or if one is to be made, then tears must be spilt before the moon can be drawn.  For the Lady chooses whom she wills to be Her Lover, and those She loves the most, She rends apart before making them Wise.”  (Attributed to Robert Cochrane/Roy Bowers).

Our Group is a Reconstructional ‘Traditional Crafter’ (originally known as British Traditional Witchcraft or BTW, but given the use of the BTW label by modern American based Wiccan groups to denote a lineaged Wiccan group we generally prefer to use the descriptor Traditional Witchcraft or TW nowadays) Coven, seeking to recapture the wisdom and practices of those of our Ancestors who were Witch Incarnate but bringing them forward into the modern age and seeking to give them deep meaning for our lives in the modern world.

We are not Wiccan although some of our members have belonged to eclectic Wiccan Coven’s in the past, we make no claims to having any lineage from Wicca and, although some of our members have also received training and initiation within B/TW Groups in the past, we are not currently formally linked in any way with other B/TW groups, instead we are following our own Crooked Path, using knowledge learned and commuted to wisdom through experience and accepting the Red and Silver Threads of Inspiration and thus now synthesising something new, rediscovering the Ways of the Witch and honouring the Old Ones, First Parents and Ancestors.

We do not harken to the Wiccan Rede of ‘An it Harm None, do as Ye will!’, but instead to the Witches Rede, ‘Do as Ye Will, But Know what Ye Do!’, and accept that there is a price to pay for everything we do, if as an individual we are willing to pay that price, then we can choose to do as we see fit. Rather than being limited by some externally prescribed ‘Golden Rule’ we work with our own personal moral and ethical compass, circumstance, situation and deeper understanding take priority over societal norms. In general, it may well be wrong to steal from another, but if faced with letting your child starve to death, then is it more wrong to steal or to allow your child to die by inaction? This does not mean we condone law-breaking unless absolutely necessary. We must however point out, that any member that does break any law does so of their own will and at their own risk. We cannot and will not intervene on your behalf, and we expect you to accept full responsibility for your actions and accept the consequences.

We harken back to the worlds of Pre-History, of our Ancestors whose Craft and Religion was integral to their lives, whose knowledge was not recorded in written form and as such was lost to their descendants. Generally we seek to work with sources that are historically linked to the British Isles and the areas in which we live, or have become naturalised here, although this preference will not prevent us from acknowledging or working with Deities and techniques from other areas of the world, it is more important to find what works for us as individuals rather than to argue about the semantics of where it came from originally.

We work with both Circle and Compass Round, both have their place in what we do out in the woods late at night, as does the Arte of Tapping the Bone, our beliefs are individual, we will share them, but not in order to prescribe what you must do, how you must act or what you must believe, instead we share them in order to illustrate and prefer others to find that which works for themselves individually, the Craft is both a Science and an Arte, it is both Religious and Profane, both Divine and Arcane, it is Occult in the sense that it is hidden and requires the individual to put in effort and personal work in order to obtain gnosis and to bring understanding.

We are not interested in publicity, nor in those whose Ego is central to their existence, we harken to the Witch’s Creed ‘To Know, To Dare, To Will, To Keep Silent!’ Our Rites always end with a promise ‘None need know what happened here!’

We work generally out in the wild, creating Sacred Space where we feel drawn to, most working areas will have a few requirements, they need to be secluded, safe, multiple entrances and exits and be accessible to all of our members. As we mainly work late at night in the woods and certain ‘Trials, Ordeals and Tests’ are required to show commitment (minimum available for fortnightly training sessions and agreed Seasonal celebration Rites) and if you are afraid of being out at night in the woods, then our Group may not be for you. We as a rule require any prospective member to be of the minimum age of 21 years, however, in the event of a younger person approaching the coven, then in exceptional circumstances and with the agreement of all members, then entry may be considered. We will not consider anyone under the age of 18 in ANY circumstance. We are not bound by any limitation on where our knowledge or Practices come from, we will acknowledge the sources and give credit where due, but it is more important to us that our practices have meaning for us now rather than harking back to an unknowable past and ensuring that our workings are then 100% historically accurate, the focus, intent and meaning are paramount, not the historic detail, although where practical we will abide by understood history.

We work in an Experiential way, none may proscribe another’s viewpoint, BTW as we see it is a personal Mystery Tradition that has to be experienced by the individual, knowledge can come from many sources, but it has to be experienced and understood in order to commute to wisdom, we do not seek to intercede on any members behalf, everyone is their own Priest/ess and is as equally valid. Not everyone who so wishes can become ‘Witch Incarnate’, but we will do everything in our power to awaken the Witch Within, those who are not yet ready or lack the focus, intent, commitment or ability will be signposted to other places where they may gain personal validity until they are ready to return.

We see BTW and Witchcraft in general as being highly Shamanic in nature and as such use various techniques to gain entry to the Otherworld, to seek Lore, Gnosis and personal truth including use of Journeying, Guided Visualisation, Altered States of Consciousness and Ritual. We accept that as these are highly personal and experiential in nature that no two Witch will experience the exact same things, this is accepted and welcomed as it is about you walking your own path and gaining that which you need at this time. Whilst it can be argued that they may assist in achieving an altered state of consciousness, we will not permit the use of, or possession of any illegal substances (or Legal Highs) within a group situation, be that a ritual or group discussions. What an individual member does in the privacy of their own home is their own business. The safety of the entire group is our prime concern.

The Form of the Coven is that of the Clan or Tribe, everyone has a role to play, everyone has value and something to contribute. The Founders of the group form an Inner Circle – The Hearts of Albion, where all are considered equal and all decisions are made by democratic means with a minimum quorum required to make the decision. As newer members progress, then they may well be asked to become a member of the Heart. This is not a given right, but must be earned.

Each YAAD Training Course is focused around experiential learning and practical Ritual with fortnightly discussion, teaching and learning training sessions held face to face for 2 to 3 hours. This is then backed up with question papers covering the background knowledge to check learning and understanding.

Initiation into the state of being known as ‘Witch Incarnate’ is something that we can instigate (we do not Initiate you, the Gods do that, we can however Instigate the process) once the first YAAD training has been completed and the Dedicant is proficient. Initiation to the Hearth of Albion Group can also happen once the Dedicant has completed their 1st Year in Training, but only if all those in the Inner Circle are in agreement. 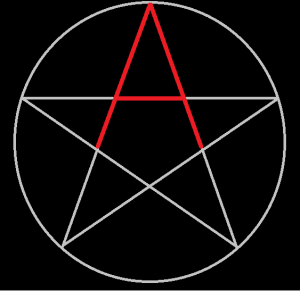